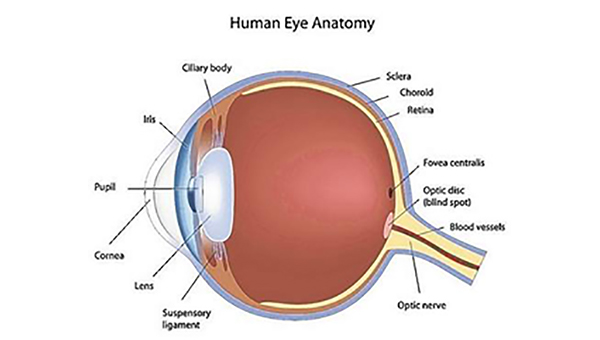 The eye's cornea, too, is sharing the new-technology spotlight with the retina.

Just a few weeks ago, Davidian saw a patient with a disease called Fuch's corneal dystrophy. Fuch's dystrophy, in which the cornea's endothelial, or fluid-pumping, cells are damaged, is the reason for about 80 percent of all corneal transplants. It is an inherited disease.

The job of the endothelial cells, which make up the posterior layer of the cornea, is to pump excess fluid out, thereby keeping the cornea tissue clear. When they are not working properly, the overhydrated cells cloud vision.

"Sometimes, especially if there is already some damage to endothelial cells, the cornea can decompensate further when a patient has cataract surgery, which in and of itself is a form of trauma to the eye," Davidian says.

This is what happened to a patient of hers; he was told by his general ophthalmologist that there was nothing that could be done to improve his cloudy vision.

"He is now seeing 20/40," says Davidian - thanks to a new procedure called DSAEK (Descemet's Stripping Automated Endothelial Keratoplasty) that, as one of the few cornea specialists in the region, she is performing.

When the corneal cells become swollen and cloudy because the pumping cells are not functioning properly, the only previous option was a full-thickness cornea transplant, Davidian says. A mini-circular cookie cutter of sorts, called a trephine, is used to excise 80 percent of the cornea. A similar-size graft is taken from the donor. Fine sutures are used to stitch the donated cornea into place.

Stitches cannot be removed until scar tissue starts to form, which also can result in significant astigmatism, or an irregular curvature of the cornea.

With state-of-the-art DSAEK, however, a tiny incision is used to allow the selective removal of the back (endothelial) cells of the diseased cornea. Similarly, the same selective cells are removed from the healthy donor, folded in half and slipped into the tiny incision.

"Air is injected to float the donor button up and make it stick," says Davidian. "There are, on average, three stitches placed peripherally that typically do not induce astigmatism. The wound is stronger and, therefore, resistant to future trauma. Most importantly to the patient, there is clearer vision faster."

Because air, and not stitches, is used to make the transplant adhere, the donor cornea might not stick and Davidian says, despite the refinements in the procedure since 1998, researchers still don't understand why.

"We may have to inject another air bubble or repeat the procedure, and it may work the second time," she says.

However, there are virtually no suture-related complications, such as the risk of infection or popping and loosening a stitch, even in a repeat procedure.

Davidian says she's doing this surgery more and more frequently - on about 20 patients so far - and she sees about two patients a week with Fuch's dystrophy.

In patients who have had success with a full-cornea transplant, DSAEK can be used if the endothelial cells slack off the down the road.